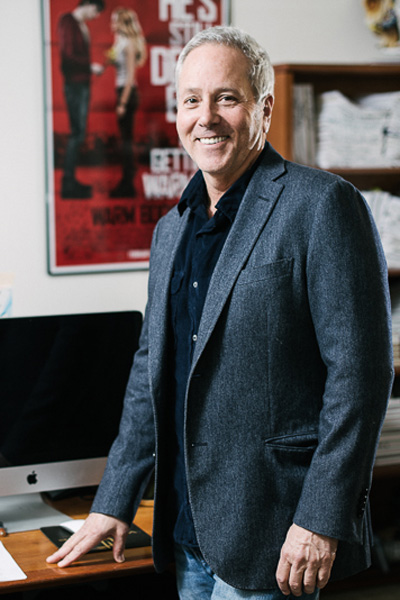 Since its founding in 1995, Mandeville Films has produced feature films that have grossed more than $2.5 billion in domestic box-office receipts and their slate includes a wide variety of genres, anchored by character-driven stories with universal, often uplifting themes.

Upcoming movies include STRONGER, the inspirational story of Boston marathon survivor Jeff Bauman, directed by David Gordon Green, starring Jake Gyllenhaal, Tatiana Maslany, Miranda Richardson and Clancy Brown, to be released September 22, 2017 by Roadside Attractions. STRONGER makes its world premiere at the 2017 Toronto Film Festival. Following that is WONDER, based on R.J. Palacio’s best-selling YA novel, directed by Stephen Chbosky, starring Julia Roberts, Jason Tremblay and Daveed Diggs, to be released November 17, 2017 by Lionsgate. Both films were developed in house at Mandeville. Mandeville is currently in production on EXTINCTION, a sci-fi thriller starring Michael Pena and Lizzy Caplan, directed by Ben Young, to be released by Universal Pictures. Mandeville is also in pre-production THE AERONAUTS for Amazon Studios, written by Jack Thorne, based on the true story of balloon pilot Amelia Wren and scientist James Glaisher and their extraordinary and harrowing journey to discover the secrets of the skies.

Other notable films include the critically hailed Academy Award©-nominated feature THE FIGHTER, starring Mark Wahlberg, Christian Bale, Melissa Leo and Amy Adams, and directed by David O. Russell. Produced for $25 million, the film went on to gross almost $130 million worldwide and earned a host of awards, including an Academy Award© nomination for Best Picture and Best Supporting Actor and Actress Awards for Bale and Leo.

Mandeville has a first look deal with Disney, which has been the company’s home for over 20 years.

Under the Disney banner, Mandeville produced a string of hits, including the romantic comedy THE PROPOSAL, starring Sandra Bullock and Ryan Reynolds. THE PROPOSAL became the highest grossing romantic comedy of 2009, earning over $317 million worldwide. It was the People’s Choice award winner for Best Comedy of the year and Mandeville crossed the billion dollar mark in terms of box office revenue with THE PROPOSAL.

Hoberman created the award-winning “Monk,” a one-hour series for USA Network. Executive-produced by Mandeville and spearheaded by Hoberman, “Monk” aired for eight seasons.

Prior to forming Mandeville Films, Hoberman served as president of the Motion Picture Group of the Walt Disney Studios, where he was responsible for overseeing development and production for all feature films for Walt Disney Pictures, Touchstone and Hollywood Pictures. During Hoberman’s tenure, Disney was often the top studio in domestic box-office grosses. In 1990, PRETTY WOMAN, supervised by Hoberman, was the top- grossing film of the year, and its soundtrack was the top-selling soundtrack of the year. Hoberman was also behind major blockbusters at the studio, including FATHER OF THE BRIDE, WHAT ABOUT BOB, DEAD POETS SOCIETY, ED WOOD, DANGEROUS MINDS, RUTHLESS PEOPLE, BEACHES, THREE MEN AND A BABY and HONEY, I SHRUNK THE KIDS. While an executive at Disney, Hoberman championed the first-ever full-length stop-motion animation feature, Tim Burton’s THE NIGHTMARE BEFORE CHRISTMAS.

Hoberman started his career working in the mailroom at ABC and quickly ascended in the entertainment business, working for Norman Lear’s Tandem/T.A.T. in television and film. He worked as a talent agent at ICM before joining Disney in 1985.

Today, Hoberman is an associate professor at UCLA’s Graduate School in the Producers Program. He sat on the board of the Starlight Starbright Foundation for more than 10 years, is a member of the Board of the Anxiety Disorders Association of America and sat on the Board of the Los Angeles Free Clinic for six years.