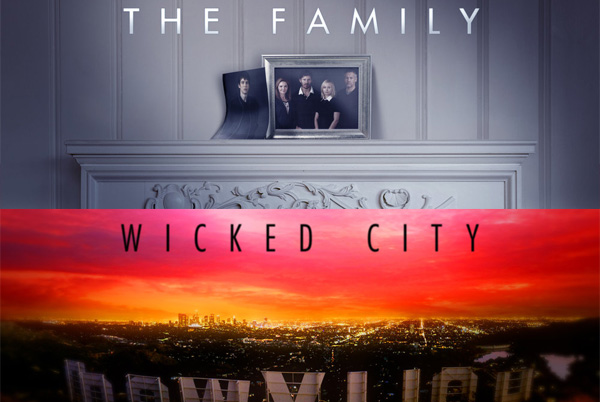 By mandfilmsadminMay 12, 2015TV
No Comments

We’re excited to announce that last week ABC picked up two of our shows: “The Family” and “Wicked City”!

Check out the synopsises and trailers below:

This thriller follows the return of a politician’s young son who was presumed dead after disappearing over a decade earlier. As the mysterious young man is welcomed back into his family, suspicions emerge — is he really who he says he is?

“Wicked City” follows a unique case set in a noteworthy era of L.A. history, starting with a murder case from 1982 centered on the rock ’n’ roll, cocaine-infused revelry of the Sunset Strip. Alliances are formed between detectives, reporters, drug dealers and club-goers to solve a serial murder case.